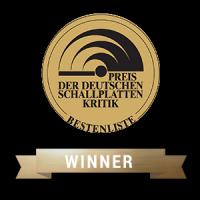 During an entire year, the movie his focused entirely on following Lucas Debargue through his encounters, his discoveries and his quest for musical fulfillment. Young, at the beginning of his career, became known thanks to the XVth International Tchaikovsky Competition and, acclaimed by the public and the critics, he confronts himself to the concerts which never stop. He discovers the relation with the conductors, the chamber music partners, the studio recordings, the fame and the autographs. From that moment onwards he plunges into his new life, a life entirely dedicated to music.

The result… is compelling. That this is Mirabel’s first feature film is remarkable; one wonders which other important musical figures he can illuminate?

I can only admire Lucas Debargue’s pianism and his obvious enthusiasm for everything he performs. One of the most delightful segments of the documentary is his take on the rags of Scott Joplin where he convincingly demonstrates how the rather mundane tune of The Entertainer can be transformed into something much more interesting by employing jazzy syncopation to give the piece bounce. Debargue has great fun with this piece by varying dynamics and using the whole keyboard to depict a solo voice, then a chorus, and finally the whole orchestra. Lucas Debargue is clearly a pianist with a bright future and one who visually also provides real enjoyment and entertainment.

He [Debargue] struggled for a while in various jobs and as bar pianist until the Russian piano teacher Rena Shereshevskaya became his teacher in 2011 and prepared him for the Tchaikovsky Competition in Moscow. The result has changed his life… He could actually live well alone with his music, because it is everything to him.

French pianist Lucas Debargue, then 27 years old, makes a memorable subject in Martin Mirabel’s informative and entertaining 2017 documentary portrait that displays his artistry, restlessness and—unsurprisingly for a great performer—moments of self-doubt. In addition to revealing interviews, there are glimpses of Debargue playing concertos and solo music, even working on a trio he composed for his own ensemble. Debargue is not the only fascinating artist onscreen: his Russian teacher, Rena Shereshevskaya, is also a character (in both senses) in her own right.


Kevin Filipski, The Flip Side
***

In 2015 the pianist, Lucas Debargue, won the fourth prize in the XV International Tchaikovsky Competition, and was to become the most talked about competitor. The present disc takes up his life from there, and has continued the friendship with Mirabel, who has both written and directed the film. It has, following his Moscow success, taken them to concert venues on both sides of the Atlantic, Debargue offering tantalisingly short extracts from his public appearances, and the beginning of a career in the recording studio. Mixed into this most unusual life has come jazz improvisation and composing, and it is this latter part of his career Chereshevsky fears will rob the world of a rare keyboard talent. We do have a glimpse of his quite remarkable and explosive technique in Ravel’s virtuoso Gaspard de la Nuit. Lasting an hour and twenty minutes, it is in part a travelogue with some music, and moments when he reveals his innermost feelings that appear to come from the insecurity that invades the lives of those in the world of the arts. So far as the technical side if the release, the filming is outstanding, and there are the usual translations in subtitles.